The Best Time to go on Kilimanjaro Safaris 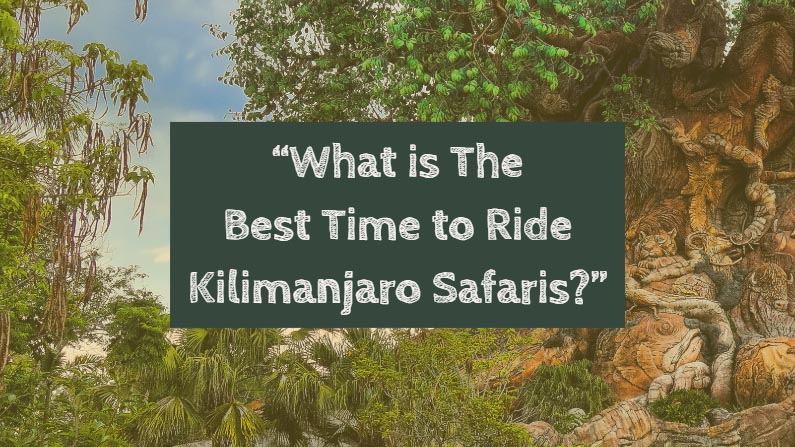 Kilimanjaro Safaris is one of Animal Kingdom’s most popular rides and a unique Disney World experience, taking you on a journey to see some of Africa’s amazing wildlife. With so many different areas and animals on the safari, it can be hard to see them all in one ride. Choosing the right time of day will give you the best chance to see as many animals as possible.

This really is one of the most unique and entertaining rides Disney World has to offer. That’s why it’s high on my list of 110 Disney World Must Do’s.

What is the best time to go on Kilimanjaro Safaris?

The best time to go on Kilimanjaro Safaris is first thing in the morning or right at sundown. Certain animals are more active during specific times of the day or even at night, so choosing a time close to sunrise or sunset is best for animal activity with enough sunlight for you to comfortably see.

I’ve been on Kilimanjaro Safaris more times than I can count. The beauty of the ride is that it’s always a different experience. There are just so many species of animals running around inside the preserve that it’s impossible to predict exactly where they’ll be at any given time. The large size of the preserve also factors in to the unpredictability.

P.S. – We also have a big list of Animal Kingdom tips and secrets. It’s extremely helpful for planning and getting the most out of your trip.

It’s worth noting that Central Florida gets very, very hot, especially during summer afternoons. Many animals will take this hottest time of day as an opportunity to relax and escape the sun. On the flip side, some animals are simply more likely to make their way to the water during the hottest hours.

It’s almost impossible to pinpoint the perfect time to ride Kilimanjaro Safaris, but from my personal experience, your safest bet will usually be early or late in the day. My best advice would be to enjoy the ride at several different times. You’ll be surprised at how different one safari ride can be from another.

All that said, don’t stress yourself too much over timing. There may be “optimal” times to enjoy the ride, but there isn’t a “bad” time. These animals are accustomed to people and many drivers will tell you that the animals will often “show off” for the tour. You’ll get to see plenty of action no matter what time of day you choose to ride.