How to Park at Epcot and Go to Magic Kingdom 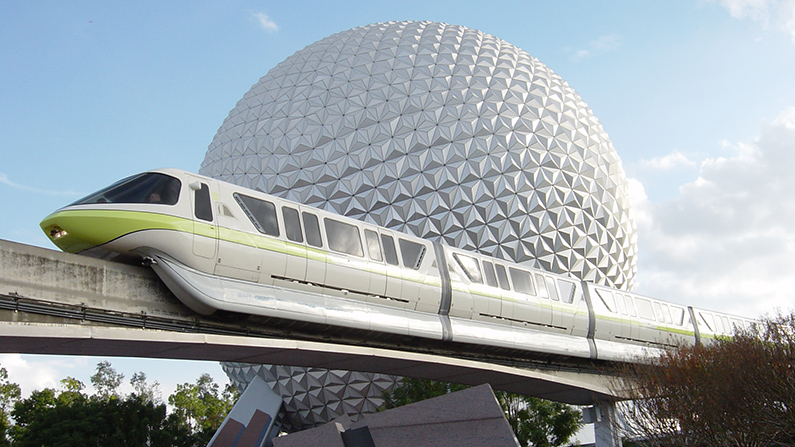 “Can I park at Epcot and go to Magic Kingdom?”

This is an extremely common question for so many Disney vacationers. The answer is yes, you can absolutely park at Epcot and go to Magic Kingdom. Whether your plan is to enjoy Epcot before heading to Magic Kingdom or vice versa, it’s pretty simple to get back and forth between the two.

Even though it’s pretty easy to do, it can be just a little bit confusing for a first timer. We’ll explain exactly what to do, so you can spend more time having fun and less time worrying about your vehicle.

This step is pretty self-explanatory, but it’s worth noting, for the sake of clarity. Typically, there will be Disney employees directing you toward specific parking areas within Epcot. It doesn’t much matter where you choose to park within Epcot’s parking lots.

Step 2: Walk or Take the Tram to the Epcot Entrance

After you park your car, head to Epcot’s entrance. Most of Epcot’s parking spaces aren’t too far from the entrance, so walking to the front of the park is fairly easy. If you don’t feel like walking, hop on the next available tram and it will give you a ride to the front.

Step 3: Make Your Way to the Epcot Monorail Station

While you’re walking or riding the tram to Epcot’s entrance, you’ll probably notice the monorail track suspended above the parking lot. This is the track you’ll be riding on to get to the Magic Kingdom.

When you get to the front of Epcot, do not scan your ticket and actually enter the park. Epcot’s monorail station is right in front of the park gates. It’s a big, winding, concrete structure that will be directly above the tram when it stops to let people off. Walk through the security check, if there is one, then look for the ramp that will lead you to the top of the station.

You’ll be climbing the equivalent of two floors to get to the loading station for the Magic Kingdom monorail. Thankfully, this walkway is in the form of a ramp, so disabled guests can climb without issue. Once you get to the top, wait for the next monorail and hop on.

Step 4: Ride the Monorail and Exit at the TTC (Ticket and Transportation Center)

The monorail from Epcot only has one stop, so don’t worry about choosing the right stop. Soon as it stops at the TTC, get off and walk down the exit ramp. You’ll probably notice a lot of people heading in the opposite direction. If you’ve been to the Magic Kingdom before, you probably already know where to go from here. You’ve got two options that we’ll outline in the next step.

Step 5: Take the Ferry or the Monorail that is Labeled “Magic Kingdom”

And that’s it, you’ve made it to the Magic Kingdom! If you need some suggestions on what to do, take a look at The Ultimate Guide to the Best Magic Kingdom Lands. Another helpful story for planning is the Insider’s Guide to Magic Kingdom Fastpasses.

Step 7: Getting Back to Epcot

To get back, you’ll follow the route you used earlier in reverse. Head for the ferry or monorail to get back to the TTC. Find the sign for the Epcot monorail and go to the station. Finally, jump on the monorail and end back at Epcot. *Make sure you pay attention to the hours of operation before you start your trip.

BONUS: What do I do if the Epcot Monorail track is closed for the night and you parked at Epcot?

If you’re leaving Magic Kingdom and missed your time for boarding the Epcot monorail to retrieve your vehicle, you can do one of two things.

First: If the Disney buses are still running, head to the bus station attached to the East side of the Ticket & Transportation Center. It’s possible you can board a bus going directly to Epcot. If that bus is not running to Epcot, you can take it to a resort and then to Epcot – OR – if the bus is completely empty, oftentimes the bus driver will allow you to choose your destination.

It’s also important to note that you can continue entering the parking lots for free after the park has closed, so you don’t run the risk of your vehicle being trapped inside Disney parking lots all night.

Important Things to Know About Park-Hopping Via Monorail:

The presence of Walt Disney World’s monorail was groundbreaking in the United States for it’s time and remains an iconic part of guests’ magical experience. It’s a fixture not only for it’s efficiency, but it’s classic design as well. Here are some interesting facts about the system.