Which Epcot Countries Have Rides? 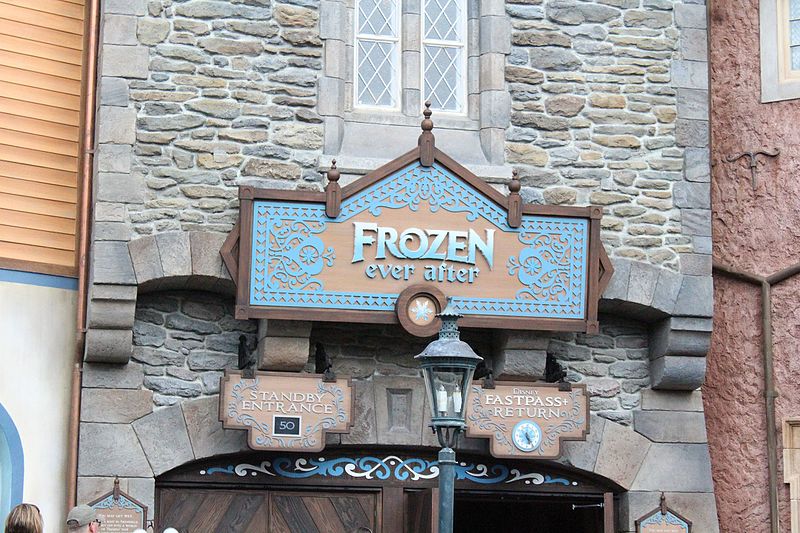 “Which Epcot Countries Have Rides?”

Epcot is best known for its collection of countries and cultures contained within the Epcot World Showcase. The popularity of eating and drinking your way around the World Showcase Lagoon can make you forget that you do have a couple of rides available to you in that section of Epcot.

In 2019, Disney announced that two new attractions will be coming to the World Showcase soon. One will be a Ratatouille themed ride in the France Pavilion and the other will be a Mary Poppins attraction in the United Kingdom Pavilion. We’ll happily cover those rides as soon as they open!

But for now, you don’t have a plethora of ride options here in the World Showcase, with only two rides available. We’ll give you a breakdown on both rides so that you can make an informed decision on whether or not they should be squeezed into your trip to Epcot.

Frozen Ever After: A Water Ride with a Blockbuster Theme

First off, any Disney veterans who have visited Epcot in recent years have probably noticed that Maelstrom, Norway’s original water ride, is no more.

Prior to the Frozen feature film’s release, Disney had already planned to replace the classic Maelstrom with a Frozen themed ride. The process was expedited as soon as Frozen hit theaters and achieved incredible, sweeping success with the masses.

Maelstrom closed down on October 4, 2014, to make room for the construction of Frozen Ever After. The new ride uses the same boats and tracks that Maelstrom used, but with a totally redesigned environment.

How to Find the Frozen Ever After Ride:

If you’ve just entered Epcot, make your way to the entrance of the World Showcase.

From there you’ll need to follow the pathway between the stave church (the big wooden structure) and Akershus (the Norwegian restaurant).

You’ll find the entrance to Frozen Ever After down that pathway, in the back of Norway.

*Tip: Make sure you pay attention to the line you get in. If you have a Fastpass for Frozen Ever after, it can be easy to miss the correct line entrance if you’re not paying attention to the signs.

The general theme of Frozen Ever After takes you through the entire first Frozen movie from beginning to end. You’ll see all sorts of characters from the movie, starting with Olaf and Sven to Anna, Elsa & Kristoff, and even the friendly giant snowman, Marshmallow.

At the end of the ride, Anna & Elsa are depicted celebrating their reunion and the end of winter dressed in their “Frozen Fever” short film dresses.

The line queue is very well executed. No matter how bright the Florida sun outside may be, the Frozen Ever After queue will transport you to the cozy streets of Arendelle at night.

Lanterns suspended from lines with festive pennants light up the winding cobblestone pathways. You’ll see advertisements for the holiday on the walls.

One of the particularly recognizable queue features is Wandering Oaken’s Trading Post and Sauna, which you will pass through on your way to the boats. Oaken will be greeting you from his sauna as you prepare to load into your boat.

Wait times for this ride can be extremely long, so a Fastpass is always highly recommended. As a matter of fact, this ranks highly on our Epcot Fastpass+ Tiers list for it’s popularity. If you’d like more details on how to book these fastpasses, this post will take you through all the steps.

Finally, you’ll settle into your boat, you’ll embark first to Elsa’s ice palace. Fan favorite Olaf will be ice skating and singing “For the First Time in Forever” before you reach the palace gates. Anna, Kristoff and Sven are also among the featured singers for the ride.

Upon arriving at the palace, Elsa will greet you with a particular song that needs no introduction. *Spoiler Alert: It’s “Let It Go”…* You’ll watch scenes of Elsa constructing the castle of ice.

The mild thrill comes next, as you encounter Marshmallow, the giant snowman that serves as Elsa’s palace guardian, and the Snowgies, the baby snowmen from the Frozen Fever film. A short drop will send you downward, back toward Arendelle.

Finally, you’ll pass by the Arendelle Castle, fireworks abounding. Anna, Elsa, and Olaf will sing “In Summer” to you as you reach the dock to disembark and exit the attraction.

Frozen Ever After is one of the most popular rides at Disney and often experiences some of the longest wait times. The ride is definitely worth a Fastpass if you have children that enjoy the Frozen movie.

Adults will also enjoy Frozen Ever After, but most would elect to spend their Fastpass on either Soarin’ or Test Track, both located in the Future World section of Epcot.

If the Frozen ride has put you in the mood for a Frozen dessert, check out our Ultimate Guide to Epcot Ice Cream.

This one is in a fairly out-of-the-way location. It’s not uncommon for Epcot guests to miss the ride altogether. This ride opened on April, 6, 2007 and takes you on a boat ride through the Mexican waterway inside the massive Mayan pyramid that makes up the Mexican Pavilion.

How to Find the Gran Fiest Tour Ride:

The Gran Fiest Tour is probably the most easy-to-miss ride in all of Epcot. It’s located inside the Mexican pyramid, in the back left corner. The pyramid features a few different shops and dining options toward the front, with an open-air market in the center.

Enter the structure, make your way past the open air market and look for the ride queue entrance.

The theme of the Gran Fiesta Tour is that the Three Caballeros will be performing a musical show.

The line queue here is nothing special and doesn’t take up much space. You’ll wind around a few times and find yourself at the boat launch. Wait times for this attraction are typically some of the lowest at Epcot.

After you load into your boat, you’ll be on your way, floating through the interior of the Mayan pyramid’s main room. Once you enter the next area, you’ll see Caballeros Panchito and Jose and find out that the third member, Donald, has disappeared. You’ll travel through scenes looking for Donald along the way.

Eventually, you’ll make your way through a musical scene reminiscent of Magic Kingdom’s iconic It’s A Small World. Panchito and Jose later find Donald and pluck him away from the Mexican ladies he had run off with.

Finally, the ride ends with the Three Caballeros performing their show in Mexico City, complete with a fireworks show.

There are no Fastpasses available for this ride, but none are necessary. The line is typically less than 5 minutes long.

Our advice would be to make your way to the Mexican Pavilion when you feel that you need to rest your feet and take a break from the hot Florida sun. Once you’re inside the pyramid, visit the super popular La Cava de Tequila to try one of their many margaritas and maybe sit down for some chips and guacamole.

After you get your margarita, spend some time checking out the artifacts in the very front of the pavilion. Check out some of the shops in the open air market too.

End your Mexican Pavilion experience with a short boat ride on the Gran Fiesta Tour. Finally, head back out to the World Showcase and continue exploring the other countries.