How Scary is Tower of Terror? 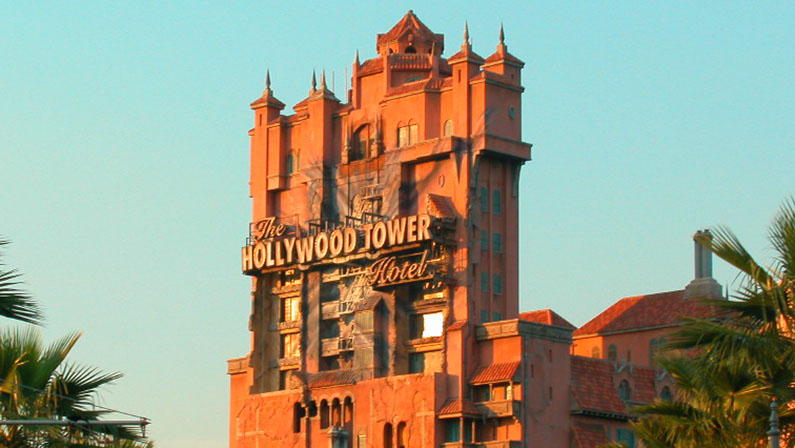 The Twilight Zone Tower of Terror at Hollywood Studios is one of Disney World’s most thrilling rides. And, for many guests, it can be of the most intimidating.

This is one of my personal favorites at Disney World, so I’ve got plenty of experience. I’ll do my best to summarize the scariness/thrill factor of the ride so you can decide whether or not it’s the right ride for you.

Tower of Terror ranks high on my list of 110 Things You Must Do at Disney World, so it’s no surprise that I think it’s worth it to brave this one.

Is Tower of Terror Scary?

Tower of Terror is certainly one of Disney World’s more scary rides in terms of eeriness and thrill factor. The ride theme revolves around paranormal activity inside of an old Hollywood hotel and the high thrill factor comes from sudden large drops down the elevator shaft.

The eeriness of Tower of Terror shouldn’t be a problem for most folks, as it’s really no worse than what you’d find on Haunted Mansion. The potentially overwhelming aspect of the ride is the drop sequence. The drops happen suddenly and in the dark.

Keep in mind though that a “scary” Disney World ride is typically not as scary as what you’d find at a theme park like Universal or Busch Gardens. Disney’s goal is to make almost all rides accessible for families that include younger kids. So, while Tower of Terror is definitely scary by Disney standards, it’s not that bad overall.

That’s the short summary of of Terror’s “scariness”, but there’s a lot more to cover in order to fully detail the ride. Keep reading for a more in-depth breakdown.

The Tower of Terror Experience

Tower of Terror does an outstanding job of setting an eery tone with its theme. The theme is immersive, detailed, and interesting. There’s a lot going on, from the architecture to the cobwebs on props. Most guests shouldn’t necessarily feel scared though. It’s meant to evoke the old-school paranormal vibe, not a terror-inducing horror vibe.

Unless reruns of 1958 Twilight Zone scare the pants off of you, you’ll be fine.

The drop is what tends to concern people. Instead of one big drop, Tower of Terror actually has multiple drops. Your ride vehicle (designed to simulate a large elevator with seating) will quickly rise and fall. The sequence of drops varies, as they’re controlled by a computer program. This means you can ride ToT several times without experiencing the same drops twice.

All in all, the drops shouldn’t be a problem for the vast majority of older kids and adults. The only guests I’d hesitate to put on the ride would be the timidest. Even then, I think that most will find that the ride is a lot of fun once they get over the Tower’s intimidation factor.

Unlike many rides that have only a height requirement, Disney also has an age requirement for Tower of Terror. The official Disney World website expresses that children under 7 years old must be accompanied by a guest that is 14 years old or over.

The height requirement for Tower of Terror is 40 inches (102cm).

Tower of Terror takes its theme from the classic Twilight Zone television show. It even features an Imagineer-created representation of the show’s host, Rod Serling. He gives a preride monologue to set the stage for you.

The ride’s ambiance is true to Twilight Zone form. The Hollywood Tower Hotel building is designed to feel semi-abandoned and semi-haunted. Think less “horror” and more “paranormal” though- everything is , not terrifying.

Tower of Terror has a maximum speed of 39mph. This is achieved during the ride’s longest drop. The ride’s pre-drop speed is very slow. The vehicle moves at low speeds on a track until it reaches the drop area.

Speed really isn’t a factor on ToT. It’s all about the drops here.

If speed is what you’re after, check out the similar post we wrote about Rock ‘n’ Roller Coaster.

Tower of Terror has multiple back-to-back drops. These drops are on a randomized sequence in order to create varying ride experiences. The maximum drop is 130 feet (13 stories) and occurs at least once during each ride experience.

So, no matter what, you can always expect to at least experience one big 130ft drop.

Most guests’ favorite part of Tower of Terror is the moment that you reach the very top. You’ll be about 157 feet from the ground. From here, you’ll have a brief view of Hollywood Studios from high in the Tower. This is also where your on-ride picture and video will be taken.

Throughout the years, the Tower of Terror has been continuously updated to add new drop sequences. It’s always one of the most popular drops at Disney World with Splash Mountain.

Tower of Terror’s ride vehicle is an Automated Guided Vehicle that follows a  marked path on the floor until it reaches the drop point. There are three rows of seats with a walkway through the middle.

The vehicle is impressive and was specially designed for the attraction. It moves along horizontally until it reaches the drop area. Once there, it locks into vertical cabs that take the vehicle up and down.

One of the coolest things about the ride is that the vehicle is actually being pulled downward instead of simply free falling. This is done to create the signature “weightless” feeling. A true free fall wouldn’t give the same feeling of guests slightly rising off of their seats.

Disney Imagineers worked with the Otis Elevator Company and the Eaton-Kenway power management company to build the ride infrastructure.

If you’ve made it this far, you probably have a pretty good idea of what to expect. Tower of Terror is a bit more intense than what you’ll experience on most Disney World rides, but it’s extremely fun. Thrill-seekers will obviously love it, but even cautious riders should find it tolerable. The drops are short enough and smooth enough to limit the shock factor.

Don’t let the Tower scare you off! You don’t want to miss out on one of Disney’s most classic, thrilling rides. This one is generally beloved by Disney fanatics and for good reason. The design, theme, and thrills have done an outstanding job of holding up over the years.

Go ahead, take the plunge and check yourself into the Hollywood Tower Hotel. And make sure to let us know how you enjoyed your stay!

We’re here to help! You’ll find all of the Disney World vacation budgeting tips you could ever need in this gigantic guide we’ve created for you. We also have a recommended gear guide with some of our favorite items to bring to Disney.