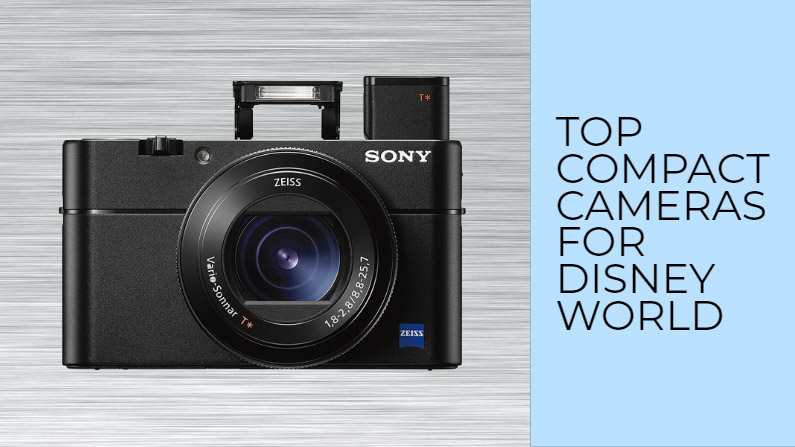 A trip to Disney World means endless opportunities for capturing great photos. For people who can’t imagine lugging around a gigantic DSLR, there’s nothing more convenient than having a compact camera to snap all of your shots.

Countless hours of taking photos at Disney World has taught me a lot about the best point-and-shoot cameras to use. I’ll share which ones I like best.

Simple- The RX100 takes amazing photos and is a fraction of the size of a DSLR. And honestly, the average Disney fan is going to get better pictures out of a good point-and-shoot like the RX100 than they will a large, expensive DSLR.

Whether you’re a beginner photographer or a seasoned professional, most people absolutely do not love spending a day at Disney with a 2lb camera hanging from their neck. The problem is that you lose a lot of features when you go to a smaller camera. That’s why the RX100 shines- it’s small, but has a feature set that’s awesome for Disney World applications.

I’ve seen so many situations where someone missed great photo ops at Disney because they didn’t have a camera on them. A lot of people simply get tired of carrying their large camera, so they’ll just go without it. That leaves them only with their smartphone.

Even though smartphones have come a long way, they simply can’t compete with a good point-and-shoot. Smartphone camera sensors are very small and their performance is especially poor in low light. Disney World is full of low light rides and restaurants, so this is a big problem.

The RX100 is super sleek and fits easily in a pocket, so you don’t have to spend any time stressing about whether or not you want to lug around a camera bag. 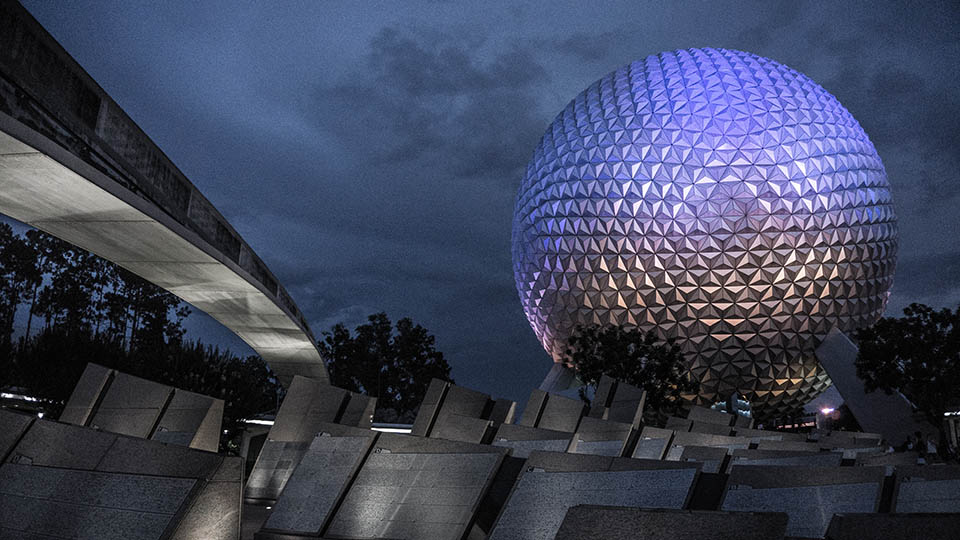 A quick shot I took while walking out of Epcot.

To sum it all up, Sony found a way to cram an astounding number of features into a camera that can comfortably fit in anyone’s front pocket.

The RX100 will handle everything Disney World can throw at you. Its large sensor helps it to provide you with clear, crisp photos in the sunlight, at nighttime, or inside the darkest ride. You’ll also be able to take above-average photos while you’re in motion, which you will be quite often during a Disney vacation.

There’s only one real downside to it and that’s a little higher price. But even with that higher price, the RX100 is a pretty good deal, because it comes about as close as you can get to DSLR-caliber photos from a point-and-shoot camera. In many head-to-head comparisons, it has even outperformed some lower-level DSLR’s in certain areas.

Just be honest with yourself about your needs and your photography skills. If you’re serious about great photos and plan on getting the most out of your camera, go with the Sony. If you’re a more casual user or you want to spend a little less, go with the Canon Powershot I mentioned earlier.

All-in-all I’m confident that you’ll be thrilled with the Sony RX100. It will help you take your vacation photos to the next level without the need for a huge, bulky camera.

Tips for Using a Point-and-Shoot Camera at Disney World