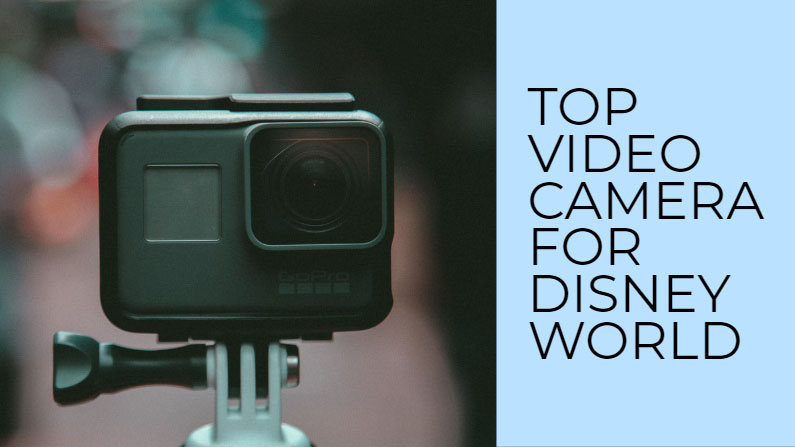 There are so many amazing experiences worth capturing during a Disney World vacation. That’s why it’s so important to choose the right video camera for your trip.

Years of Disney World adventures have helped me figure out what video camera and accessories I like best. I’ll share my favorite options here.

Why I Personally Use the GoPro Hero6 Black

Back in December of last year, I needed to upgrade from my older GoPro. I wanted something more powerful to take on my December honeymoon to Europe.

I actually liked the Hero6 so much that I bought it at its original price before it dropped.

Disney World happened to be the first place I took the camera. I stayed at the Grand Floridian for the first day and a half of my honeymoon, so I had the chance to walk around the property and test it out. After that, I hopped on a plane and crossed the Atlantic. I got ski shots in one country, urban nighttime shots in another. It performed really well everywhere I took it, from Magic Kingdom to Switzerland.

GoPro always produces a pretty good product, but the Hero6 is definitely one of the best video cameras they’ve made to date. The jump in technology from the prior model is significant.

There are a large variety of filming conditions at Disney World. Bright sunshine outdoors. Dark rides indoors. Swimming pools. Rain. You get the picture. All of those things combine and create a perfect situation for the versatility of a GoPro to shine. 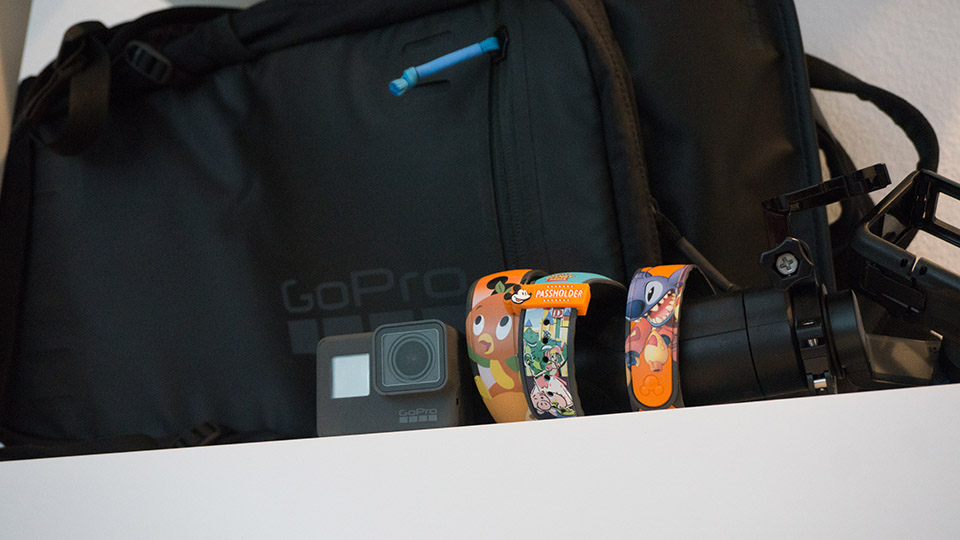 My shelf of GoPro gear (and a few MagicBands).

All of these are accessories I personally own and use with my GoPro. All of these items are also Disney-approved, so you won’t have to worry about getting busted by security.

Important: When you’re buying GoPro accessories to take with you to Disney World, make sure you avoid any extendable grips or handles. Disney banned selfie sticks and extendable camera handles because they were causing too many safety problems inside the parks. The Karma Grip I mentioned above is allowed because it doesn’t extend.

Also Important: Don’t forget about extra memory cards. You’ll want at least two 64gb memory cards designed to handle video storage. It’s absolutely no fun to be surprised by a single full memory card, only to have to delete precious video footage to make room for more. There are lots of good options out there. For price and performance, I like the Sandisk Extreme best. (Here’s a link to the Sandisk Extreme card)

The Most Important Features to Consider for an Action Video Camera